While I was backing up a few containers in Proxmox today, one of them became unresponsive. I tried to cancel the backup but it just became locked. Restarting the server didn’t help, so after browsing the Proxmox support forms, I found the following solution detailed below.

It will show a list of containers and their status.

Next, we could try stopping and manually unlocking the container with the following commands below.

But, if that doesn’t work, try the following command.

And after running those commands, my container was back up and running. 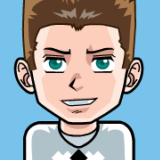 System Admin by day, developer by night. Web dev somewhere in between.

This site uses Akismet to reduce spam. Learn how your comment data is processed.